“The Grandmaster is back!” Well Go USA released the first trailer for IP Man 4fully titled Ip Man 4: The Finale. As its title suggests, this is the fourth (and last) film in the Ip-Man series that began in 2008 with Donnie Yen featuring the legendary “Yes sir” in Ip-Man. Donnie Yen returns again, with the director Wilson Yip (from the first three films), to tell the story of the Kung Fu master’s travels to America, where one of his students upset the local martial arts community by opening a Wing Chun school. The full cast of the film includes Wu Yu, Van Ness, Scott Adkins, Kent Chen, Chan Kwok Kwan Danny, Kanin Ngo, Chris Collinsand Vanda Margraf. This is already finished and ready to be released in the US in December, not too long of a wait. A holiday treat for all Ip-Man Fans! I don’t think many knew this movie was in the works, but it’s coming out sooner rather than later. Check out the first teaser below.

Here is the first trailer (+ posters) for Wilson Yip’s Ip Man 4: The Finaledirectly from Youtube: 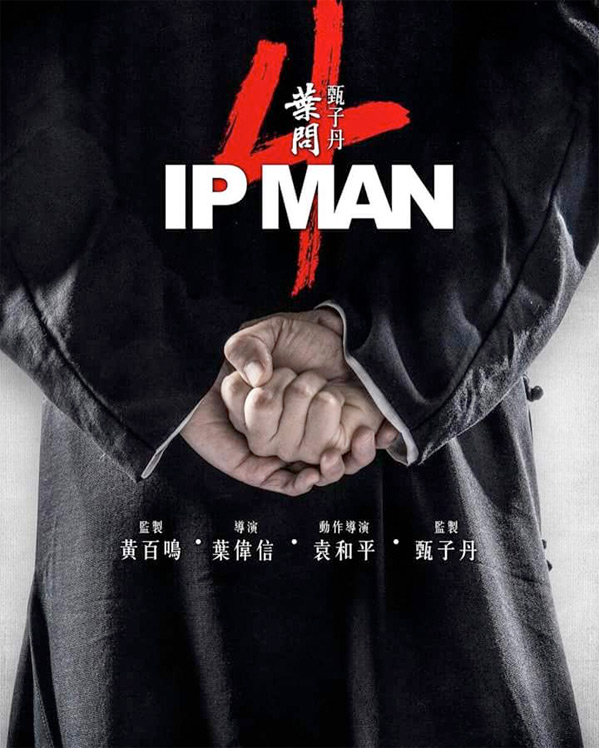 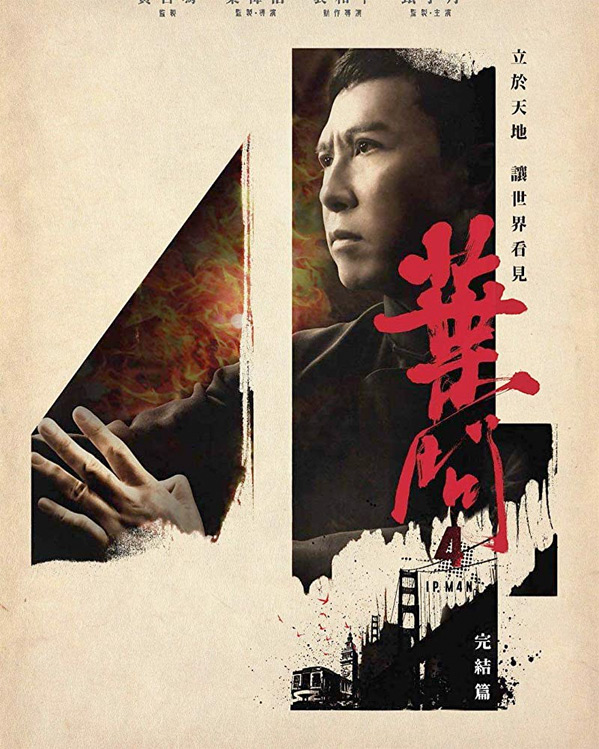 Ip Man’s life remains unchanged after the death of his wife, but he and his son slowly grow apart. To seek a better future for his son, Ip Man decides to travel to the United States only to find that the stable and peaceful life abroad is only superficial. Beneath that lies deep-rooted racial discrimination that is far worse than he expected. Ip Man reconsiders his position and thinks about why he started martial arts in the beginning. Ip Man 4: The Finalealso known as Yip Man 4 Where Ye Wen 4is again directed by the prolific Hong Kong filmmaker Wilson Yipfilm director including Bio-Zombie, Spy Team, The white dragon, Breaking point, A Chinese Ghost Story, triumph in the skyas well as the others IP Man 1 – 3 movies before. The screenplay is written by Hiroshi Fukazawa and Edmond Wong. It is produced by Donnie Yen. Mandarin Motion Pictures & Shaw will release Yip’s IP Man 4 in China and Hong Kong from December, with a release date of December 25th currently slated for release in the United States this fall. Who is looking forward to this one?